One of the biggest features of Dragonflight expansion is undoubtedly the reworked reputation system. Now it deals with renown levels, much similar to Сovenants from Shadowlands. However, there is a big difference. Now players are free to farm renown with all Dragon Isles factions at the same time, without having to pick just one and suffer from consequences. But it wouldn't be as easy as you think. There is always a catch. All four major factions are the main part of the DF story, so, you won't be able to finish the storyline if you won't farm your reputation to a higher level. Also, all DF factions are the main source of Drakewatcher Manuscripts to customize your personal Dragon Isles drake.

Even with the introduction of this new reputation system, you still need to spend a lot of time doing various quests, killing mobs, and grinding other activities on Dragon Isles which could take a lot of your time. Buy our Dragonflight Reputations Boost and get all glorious and helpful rewards quickly and stress-free! 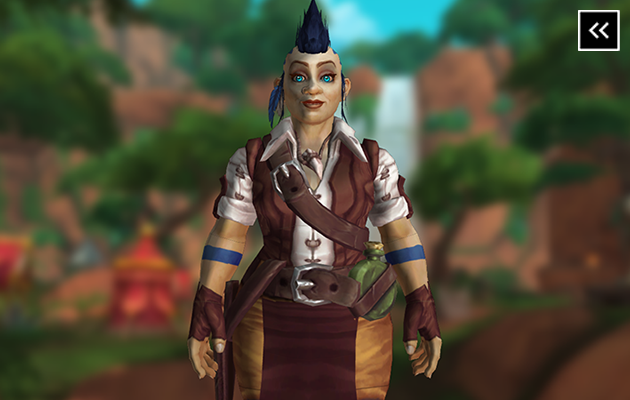 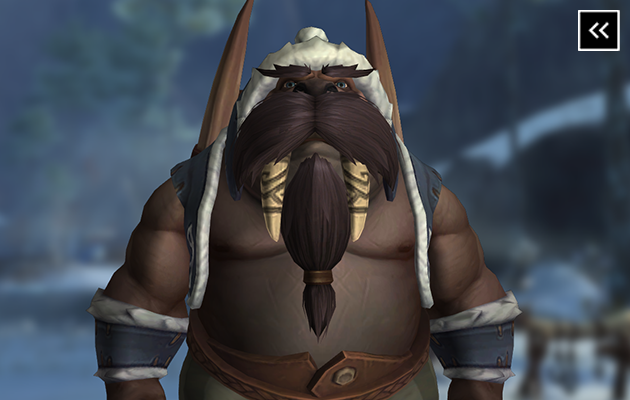 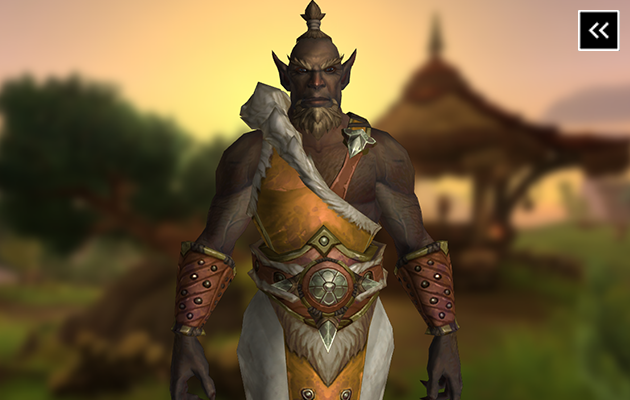 The Maruuk Centaur Renown
From
€109 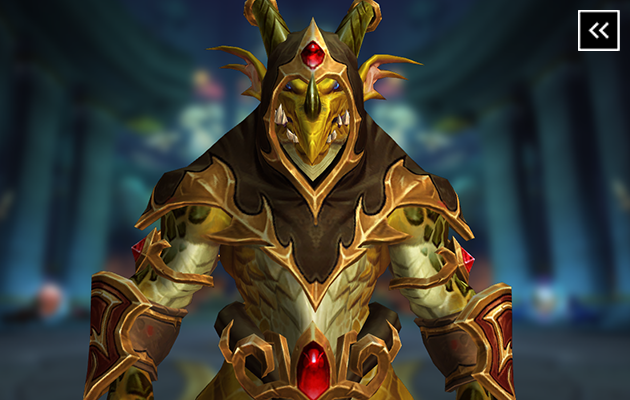 Valdrakken Accord Renown
From
€129 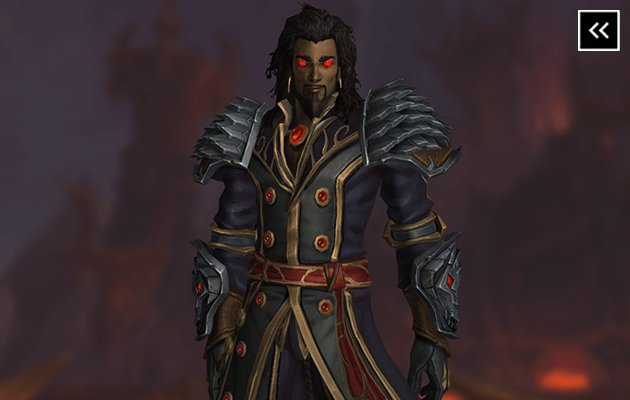 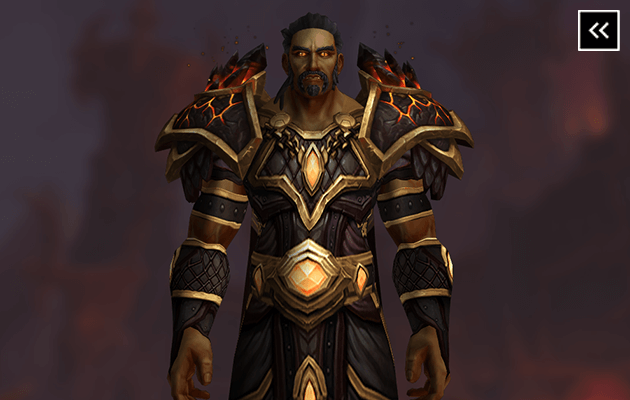 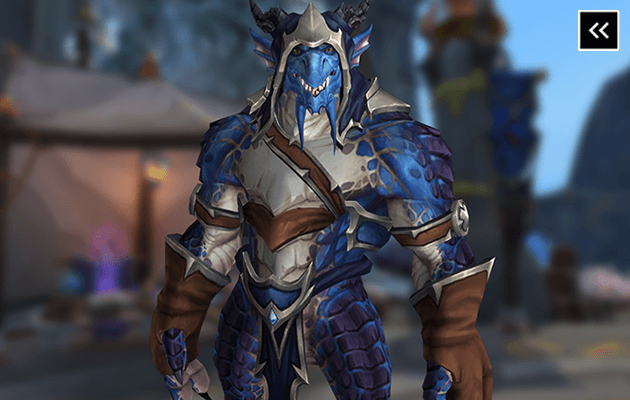 How does the new Dragonflight Reputation System Work?

In previous WoW expansions, you had to earn faction’s favor which measures in reputation points. Once your reputation was high enough, you would be promoted to the next level of standing and have access to exclusive rewards from the faction vendor. In most cases, the relationship status ranged from Neutral to Exalted. With the Legion expansion, Paragon status was introduced. Paragon status was attainable by those who wished to continue farming reputation with a faction beyond Exalted. Instead of a reputation bar, you’d have a paragon bar, and as you progressed, you were rewarded with a chest that contained some rewards. And now, with the Dragonflight release, you will have a new system requiring less mindless grind to get a higher rank with the faction. Dragonflight expansion adopts the Renown system from the Shadowlands in a more simplified form. Renown rewards in Dragonflight are account-wide. The Renown cap in Dragonflight is 30 at launch for most factions but could be capped at 25 renown level, with more levels surely coming in future content updates. You must gather 2500 points per Renown rank to increase your Renown. Renown levels are not account-wide and must be earned on every single character. You will get renown points from different sources on Dragon Isles, like daily quests and other activities. Dragonflight expansion introduces four main factions: the Dragonscale Expedition, the Maruuk Centaur, the Iskaara Tuskarr, and the Valdrakken Accord. Also, you can get a maximum reputation with minor, but nonetheless important factions: Wrathion, Sabellian, and The Cobalt Assembly. With further patches, there will be more factions to grind reputation with!

Dragonscale Expedition is a joint expedition of the Alliance Explorer's League and the Horde Reliquary, this fearless group of adventurers, scholars, and crafters seek to uncover the many mysteries of the Dragon Isles. Dragonscale Expedition discovers ancient secrets, including a travel network. As you go further through the renown ranks of this faction, you will have a chance to power up Waygates all over the Dragon Isles. That would be a great benefit for you alts too! Indeed, you will get access to unique treasure-tracking tools on Dragon Isles and many more cool and unique rewards such as Renewed Proto-Drake: Spined Brow, Renewed Proto-Drake: Swept Horns drake customizations, Black Skitterbug pet, Tamed Skitterfly and Azure Skitterfly mounts and various useful abilities, crafting patterns, cosmetics and many other rewards.

Iskaara Tuskarr lived on the Dragon Isles for generations. Cold and rough winters taught them to work together as a team or as a big family. They appreciate fishing and cooking skills and will welcome friendly strangers with open arms. You don’t want to be their enemy, as the Tuskarr are skillful and deadly warriors and trusted allies. Getting reputation with the Iskaara Tuskarr faction will teach you new ways of fishing using harpoons and nets. But also, you will get access to amazing rewards such as Rustic Tuskarr Backpack, Tuskarr Mystic's Stave cosmetics, Technique: Highland Drake: Black Hair, Highland Drake: Bushy Brow drake customizations, Brown War Ottuk, Yellow War Ottuk mounts and various useful abilities, crafting patterns, cosmetics and many other rewards.

The Maruuk Centaur is a union of different centaur clans with the same culture. They are nomadic hunters and storytellers guided by the Wild God of the Wind called Ohn’ahra. In the past, the clan had its rises and falls, but they tried to keep that peace with dragons. Now they are disturbed by outsiders on their shores. You will have to prove their respect and kind intentions to get a powerful animal companion for your hunts. In your way to the top of renown with The Maruuk Centaur, you’ll be rewarded with more and more items like battle pets and customizations for you and your dragon like Windborne Velocidrake: Horned Jaw, Cliffside Wylderdrake: Green Scales. But also, you will get access to amazing rewards such as Ohuna Perch toy, Joining the Khansguard achievement, chance to get Plainswalker Bearer mount and various useful abilities, crafting patterns, cosmetics and many other rewards.

Centered in their most ancient city, the Valdrakken Accord is the unified might of all dragonkind, seeking to protect their island home and all of Azeroth. By increasing reputation with Valdrakken Accord, you will unlock various cosmetic items for your character and your Dragonflight drake mount like Technique: Cliffside Wylderdrake: Red Hair, Windborne Velocidrake: Silver and Purple Armor, along Crimson Proto-Whelp and Magic Nibbler pets, Valdrakken Accord Tabard tabard and various useful abilities, crafting patterns, cosmetics and many other rewards.

The Cobalt Assembly is one of the new reputations of Dragonflight and part of the Valdrakken Accord. Once a place of creation for the Blue Dragonflight, the area has been ran dry by the Sundered Flame, and it is up to you to help them. DF The Cobalt Assembly reputation is not one of the major reputations of Dragonflight, but this reputation will be especially important for those delving into professions in the expansion, as it provides some important recipes for a couple professions such as Recipe: Transmute: Awakened Frost, Pattern: Frozen Spellthread, Pattern: Frosted Armor Kit, Highland Drake: Triple Finned Head, Cliffside Wylderdrake: Finned Tail drake customizations, Steadfast Cobalt Bulwark, Cobalt Wingguard's Polearm, Cobalt Defender's Wingglaive cosmetics, ilvl 389 Cobalt Ring of Power accessible for any Class and Role and various useful abilities, items and many other rewards.

How to Farm Dragonflight Renown

Apart from new and upgraded renown-based reputations, Dragonflight also features some of the factions that progress their reputation like in old days. These factions are Sabellian, Wrathion, and Cobalt Assembly. All these factions are pretty easy to grind up to the maximum, but you will need to spend even more, on mob farm and daily quest grind.

Where to find Dragonflight Renown Quartermasters

There are multiple Dragon Isles reputation vendors for each faction, and looking for each one of them might be a little confusing and take some time. So, we are here to help you find them.

Murik is main Iskaara Tuskarr reputation quartermaster located in The Azure Span on 13.15 49.23 coordinates. Other Iskaara Tuskarr vendors are gathered in Iskaara, an each of them sell various rewards, from new fishing equipment to Drakewatcher Manuscripts.

Unatos is Valdrakken Accord reputation quartermaster located in Valdrakken on 58.20 35.33 coordinates. You can find other players around Unatos in Thaldraszus.

1 day ago
Will only let the boys boost m...
Will only let the boys boost me! Super fast and super friendly! Cheap prices! keep it up!!!..
Osiris
1 day ago
Bought 3v3 100 wins with 2000 ...
Bought 3v3 100 wins with 2000 rating, it was selfplay (i was good in pvp but had no time to look for a team and season is ending in 2 days) and we reached 2125, the team i played with is very professional...
~Z~
1 day ago
Really good service, easy and ...
Really good service, easy and quick rating push, helped me learn new things and playstyle for my class. Highly recommend this service...
Nelson Fernandez
1 day ago
Good team! Good player! You ca...
Good team! Good player! You can trust them . I watched at twitch..
侯江洋
1 day ago
Did a great job. Thank you..
Did a great job. Thank you..
William Rogers
2 days ago
Fast delivery, easy to follow ...
Fast delivery, easy to follow instructions..
Fredrik Warfvinge
2 days ago
Ordered a full Mythic+ gear, t...
Ordered a full Mythic+ gear, they finished it within 1 day =)). Fast and reliable. I would recommend this service to everyone..
Emxinhxinhlop8
2 days ago
quick and uncomplicate i reco...
quick and uncomplicate i recommend this seller quick and uncomplicate,..
phaul
2 days ago
fast service, excellent custom...
fast service, excellent customer support will order again when needed..
Darren Yorke
2 days ago
Quick and simple! Ordered a 10
Quick and simple! Ordered a 100-110 powerleveling for my wow character, and they knocked it out in under 24 hours as stated. Clear and concise communication along the way, met and surpassed all expectations, and they treated the account very discrete..
_KY_
Rated 4.9 / 5 based on 1818 reviews