Over the course of World of Warcraft history many expansions were released, expanding an already huge and interesting game with new mechanics, raids, dungeons, pets, toys, races, classes and much more cool features. With each new expansion, the number of mounts in the game has only grown, and now there are more than 900 mounts in the game! They all come from different sources, different models, animations and sizes, ability to fly or swim and so on. They are all different, rare, unique and cool.

After WoW release in 2004, the number of mounts has become so huge that its easy to get confused about which expansion and source they come from and how to obtain them.

But don't worry! Specially for you we have grouped all WoW mounts by expansion so you easily could find any mount you like! 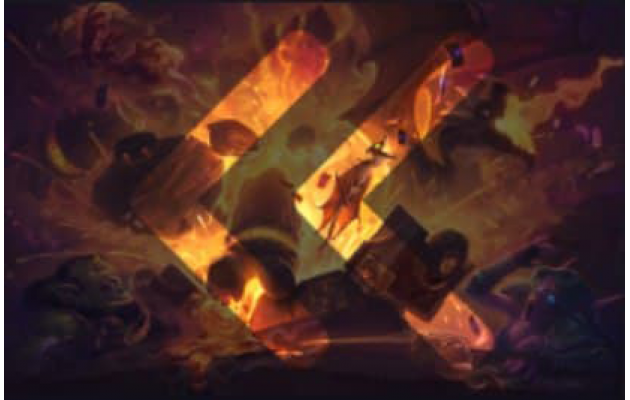 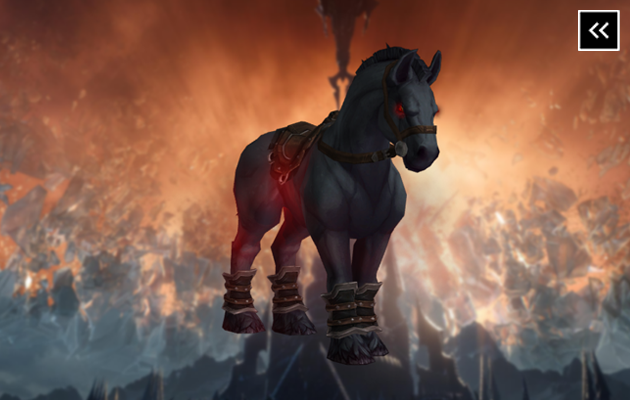 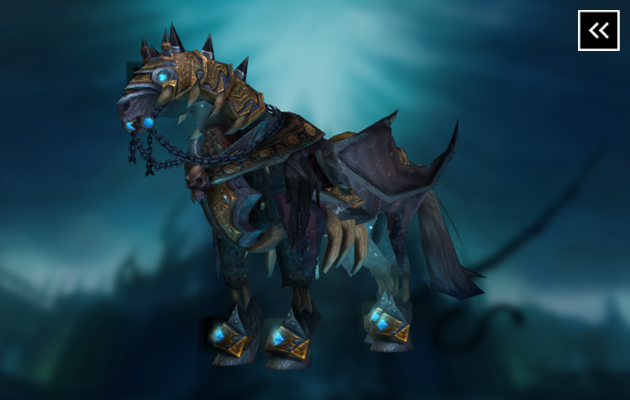 Wrath of the Lich King Mounts 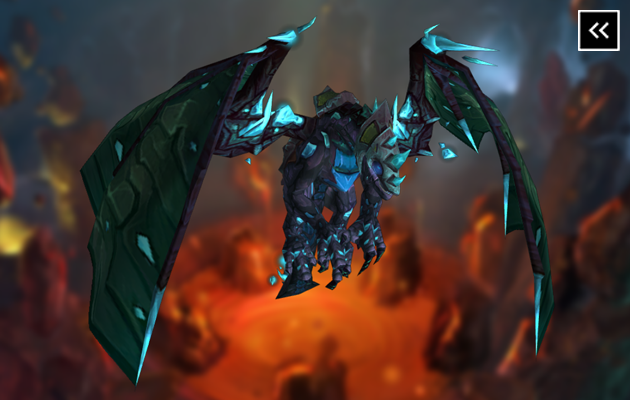 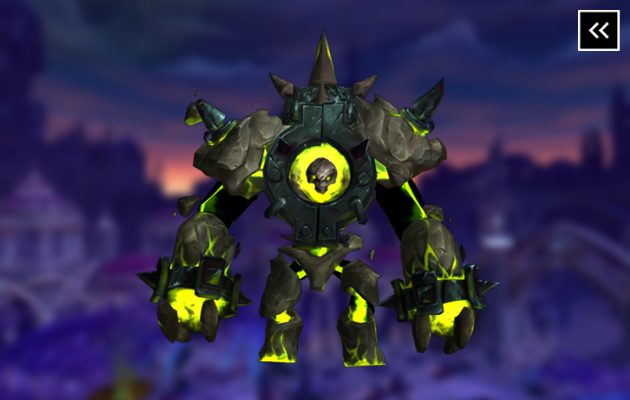 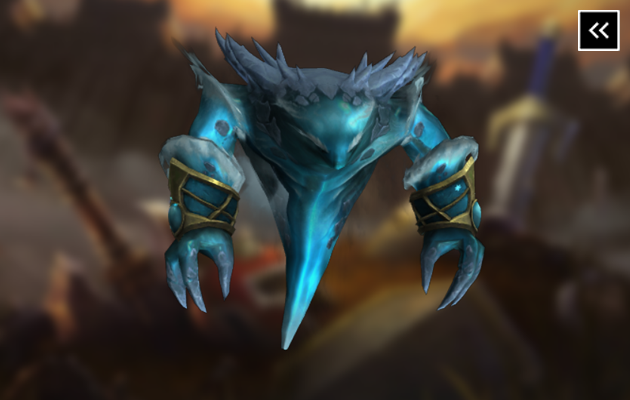 The Heroes of Azeroth begin their journey among lands of Classics WoW, when mounts could not fly, swim and, although they have simple models, they always would have a special place in the soul of every WoW player.

Unfortunately, most of Classic mounts are no longer available to players, but some of them can still be obtained.

You could find many rare mounts in Classic category such as rarest of them all Swift Zulian Tiger, cool old school lizard Swift Razzashi Raptor, unique big cat Reins of the Winterspring Frostsaber and deadly Deathcharger's Reins.

Many of Classic unobtainable mounts could be obtained even now with our Black Market (BMAH) Mounts boost!

Of course, some mounts are no longer available and others are extremely difficult to get, but buying our WoW Mounts Boost would save you from any difficulties and our PRO player would obtain any of TBC mounts you want!

Wrath of the Lich King mounts

With WotLK, one of the players favorite WoW expansion, there were added a lot of new, cool and unique new mounts which have become even more difficult to obtain. Despite the pleasant general theme of the expansion, recognizable characters, extended and interesting lore, mount farming has become more and more boring, difficult and time-consuming. However, with our help you could obtain any WotLK mount you want!

And what WotLK mounts exactly you could find and obtain in this category? Let's look at these rare and hard to get mounts like Invincible's Reins, Reins of the Plagued Proto-Drake, Mimiron's Head, Reins of the Crimson Deathcharger. There are even more mounts you could find in WotLK category!

With Cataclysm shattered old Azeroth, a new one was born, with new locations, races, zones and mounts of course! These mounts were the coolest mounts of their time with a lot of new dragon type mounts that have additional colors, skins and even models. Many of these mounts are hard to get and obtaining them could take a lot of your free time.

Let us see what rarest mounts you could find in Cataclysm mounts category! With our help you could easily obtain mounts such as Reins of the Drake of the South Wind, Flametalon of Alysrazor, Life-Binder's Handmaiden, Experiment 12-B. You could obtain many others mounts for PvE and PvP activates buying our WoW Mounts Boost!

There are many new features in MoP that significantly expand the number and type of mounts in the game. With this expansion, mounts have even more cool and unique models and skins, which applies not only to flying, but also to ground mounts. Yes, with many more daily quests and world bosses it's even harder to get new cool mounts, but you could always rely on us in this difficult matter.

In MoP mount category you could obtain many rare mounts such as Reins of the Heavenly Onyx Cloud Serpent, Clutch of Ji-Kun, Kor'kron Juggernaut, Son of Galleon's Saddle and many other rare, unique and beautiful mounts that you could find in Pandaria mounts category!

The journey into the alternative past of orcs homeworld in fact turned out to be quite interesting, and with expansion new features players received the opportunity to obtain many new mounts. Yeah, there are many wolves and elekks among mounts of this expansion, but there are also enough mounts with new unique models! Obtaining mounts is still not easy, and obtaining some of them is simply impossible. Therefore, by buying our WoW Mounts Boost, you could not only make your life easier, but also get those special rare mounts that only 1% of World of Warcraft players have!

So, what mounts you could obtain in lands of savage orcs and honorable draenei? For example, you could obtain Solar Spirehawk, Ironhoof Destroyer, Felsteel Annihilator, Core Hound Chain as well as many other cool and unique mounts!

Among legendary artifacts, Demon Hunter class and allied races Legion expansion has many other cool features. This expansion adds a lot of new mounts, different types with unique models and new skins for old ones, so as new class mounts to every class! There are many ways to obtain most of these new mounts, but you have known most of them for a long time: reputation and quest farm, dungeon and raid grind and so on.

You could obtain many cool Legion mounts such as Antoran Charhound, Abyss Worm, Fiendish Hellfire Core, Midnight's Eternal Reins. In our Legion mounts category you could find more unique and rare expansion mounts!

Most of BfA features were related to war between the Horde and the Alliance thematic, so as many new mounts were added to the game with this expansion. However, not all BfA mounts are all about war, there are many others, with mystical, underwater, high-tech and other cool and interesting themes you could imagine. The number of mounts in BfA was extraordinarily high as in previous and future expansions.

For example, in BfA mounts category you could find and obtain Glacial Tidestorm, G.M.O.D., Reins of the Mighty Caravan Brutosaur, Ny'alotha Allseer. You always could obtain even more of BfA mounts buying our WoW Mounts Boost without any frustrating and long grind.

Shadowlands expansion for World of Warcraft adds 213 rare and unique mounts. You could obtain them by participating in a variety of activities from the new Covenant system to Torghast, the Tower of the Damned farm, or farm raids and battlegrounds like in the old days! Most of these mounts have expansion thematic style and a lot of cool new and unique models.

You could obtain many rare and unique Shadowlands mounts such as Fractal Cypher of the Zereth Overseer, Vengeance's Reins, Wastewarped Deathwalker, Bracelet of Salaranga. Many more cool rare mounts awaits you in Shadowlands mounts category!

1 day ago
Was looking for some older con...
Was looking for some older content, thankfully ComquestCapped got me what I needed. Would recommend 100%. ..
_Me_
1 day ago
Great run, service was profess...
Great run, service was professional ..
Wu Jack
1 day ago
fast service, excellent custom...
fast service, excellent customer support will order again when needed..
Darren Yorke
1 day ago
Excellent Service! Ordered 2T...
Excellent Service! Ordered 2T20 mythic pieces, was lucky and got 4! Excellent! Very recommended!..
__tr__
1 day ago
Easy. PAID AND GOT EXACTLY WHA...
Easy. PAID AND GOT EXACTLY WHAT I WANTED...
Richard S Weller
2 days ago
Went smooth, can recommend...
Went smooth, can recommend...
kalle
2 days ago
The transaction was smooth, an...
The transaction was smooth, and quick. everything was done really quickly and professionally and i was always treated with a lot of respect. I would recommend them to anyone and i plan to only use their services from now on. ..
Audrey
2 days ago
Good team! Good player! You ca...
Good team! Good player! You can trust them . I watched at twitch..
侯江洋
2 days ago
Bought 2 PVP mounts...quick tu...
Bought 2 PVP mounts...quick turnaround, no problems. Good guys...
Gregory Tasonis
2 days ago
ordered the mount from Karazha...
ordered the mount from Karazhan, very fast and so happy with the service! awsome guys!..
Heino Bentsen
Rated 4.9 / 5 based on 1811 reviews