Since its very beginning, World of Warcraft has always been about exploring a beautiful world, achieving your personal in-game goals and, most importantly, having fun! Think about that one time you finally killed the raid boss who had been continuously wiping your guild for weeks. Or maybe that time when your group made a crazy comeback on a battleground, snatching the win from the enemy team at the last second. That's what makes this game fun, and that's why we continue playing it. Some things, however, are NOT fun. There's nothing fun about hitting max level on your 4th character or doing a boring world quest you have already done more times than you can remember. We at ConquestCapped value our customers' time. Leave the boring grind to us and live those fun moments that truly matter. 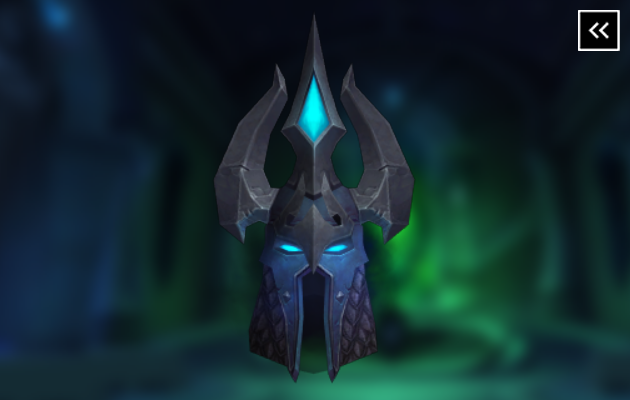 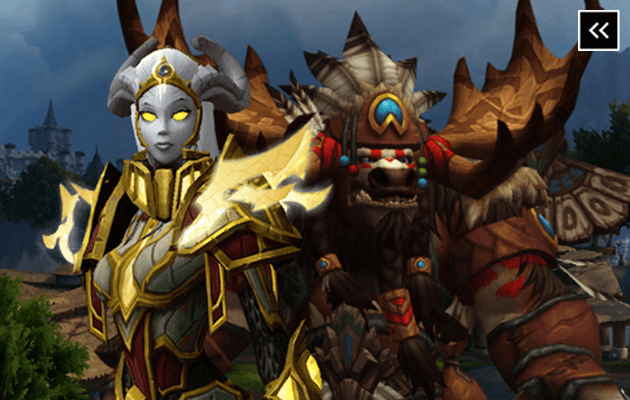 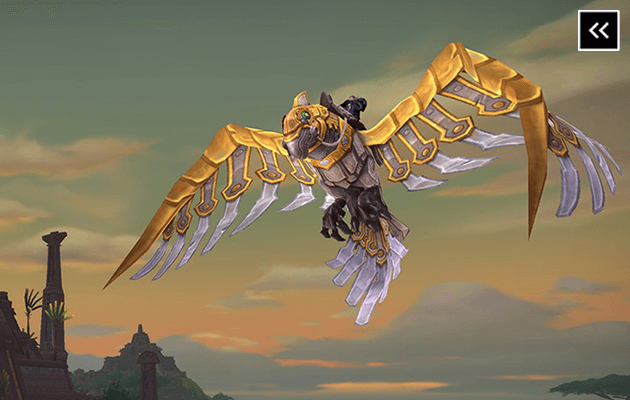 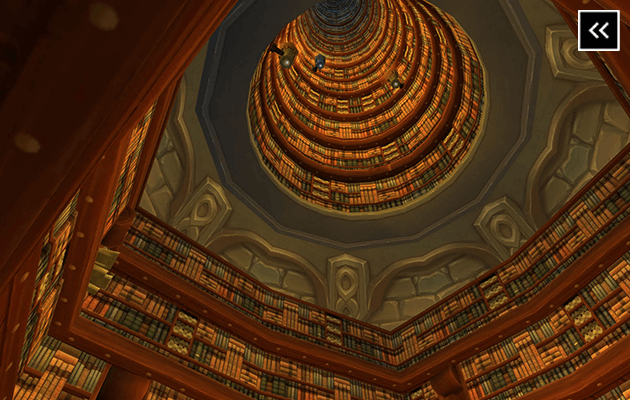 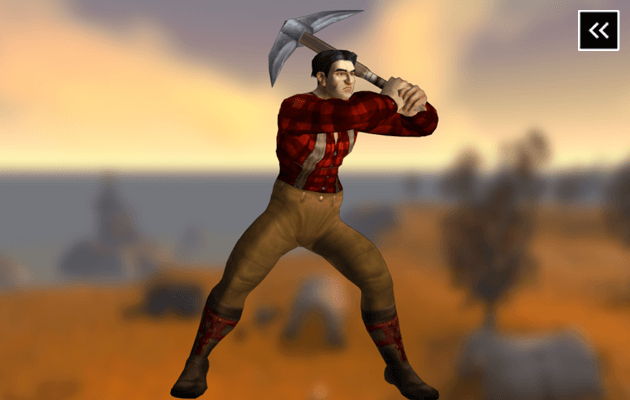 Gearing your character is not an easy challenge. More so, if you've missed the start of the expansion. Most LFG groups demand that you have an unreasonably high item level and leave you wondering how to get geared. Fresh characters have it even tougher, having to spend weeks grinding random battlegrounds and mythic dungeons in hopes of someday getting invited to an actual raiding group. If gearing seems like an obstacle that takes way too long to overcome, then we just might have a shortcut for you! Come check out our WoW Gearing Boost for the best offers on the market. You could also take a look at our WoW Raid Boost service for the best gear in the game as well as the Ahead of the Curve achievement that will become your ticket to any heroic and even mythic raiding groups. Another great source of gear is PvP, so if that's your thing feel free to check out our Arena and RBG services too.

First introduced in Legion, allied races became a popular addition to the game. There are currently 10 playable allied races with unique stories, looks and highly competitive racial bonuses. However, to play them they first need to be unlocked. Unlocking an allied race forces players to do reputation and questline grind from the older expansions, instead of enjoying the relevant content. With our WoW Allied Races boost you'll have any allied race of your choice unlocked on your account. Set off on an adventure on your brand new character that you have chosen for the cool racial abilities or for the looks (you'd be surprised how much gold a female vulpera dancing next to the auction house can make)!

Farming reputation has always been a major part of World of Warcraft. There are hundreds of factions in the game who can offer you cool cosmetics, mounts, tabards, toys and even powerful gear as well as upgrades for your character – if you earn their trust, that is. It can be a real challenge to earn reputation with some of the factions, as most of them require you to set off on a long grind that can take months of your time. Most of the times you will have to do tons of dailies, world quests or dungeon farming to become exalted with a faction.

As far as the relevant Shadowlands content goes, Ve'nari is someone whose trust you definitely want to earn. She offers unique rewards that directly improve your performance in raids, mythic keys and PvP by adding sockets to your items and increasing the item level of your conduits. However, in order to unlock these rewards you will have to do the Maw dailies every day over the course of 40 days. Imagine lying in bed and remembering you forgot to do your Maw dailies – not the best Warcraft experience, right?

If you're more interested in the final result, rather than doing repetitive tasks over and over again, check out our WoW Reputation Boost and get exalted with any faction of your choice! Contact our Support Team if you don't see the faction you're interested in – we're more than likely to arrange something just for you ;)

Questing can be really dull and monotonous, especially if you have to finish a questline you have already done three times now. Or do dailies for reputation with that one faction who have a cool mount. Or complete endless amounts of world quests. Yikes. Hits too close to home? Order a Questing Boost and we'll help you with whatever boring questline you've got. We do older content as well!

Patch 9.1 introduces flying to Shadowlands, which can be unlocked after completing the covenant campaign and doing an additional questline. However, to fly in BfA you still need to do the reputation grind and complete a series of outdated questlines. If you'd like to check out beautiful zones from a bird's eye view and save time traveling then our Flying boost is just for you.

Farming is arguably the most boring part of World of Warcraft, and there's a lot of it in the game. Most raiding guilds expect their members to keep up with daily and weekly activities in order to maximize their characters' output in raid, mythic dungeons or PvP. This esentially means throwing over 10 hours of your life down the drain per week. Whether you are after some herbs for your alchemy profession or you need a specific currency that you plan on exchanging for a cool-looking transmogrification set, doing that takes time, and time is a luxury not all of us have. So why not make the most of it? Check out our Farming boost services and we'll do whatever mundane task you've got on your hands for you.

On top of a covenant system based on earning renown, Shadowlands introduced two new zones to the game: Torghast and the Maw. Both of these zones are essential parts of the expansion and require players to do the daily and weekly grind if they want to maximize their characters' power. Contact our Support Team or place an order for farming services and we'll help you with any boring routine you need help with.

1 day ago
Ordered 2x Carry from 2k to 2....
Ordered 2x Carry from 2k to 2.2k! They completed that quite fast. Plus, they streamed the order to make it feel safier for the buyer. Would work again...
Crappypants
1 day ago
Great Service! Done quick and ...
Great Service! Done quick and professional!..
Luca Schwartz
1 day ago
pro service and very fast ++++...
pro service and very fast ++++++++ ..
Hisham Max
1 day ago
fast service, excellent custom...
fast service, excellent customer support will order again when needed..
Darren Yorke
1 day ago
Amazing guys ! Ordered a boost...
Amazing guys ! Ordered a boost to gear a fresh char, they did it really fast. Customer service answered the next seconds I asked, and directed me to the process who resulted to be amazing ! Recommanding them 100% !..
Tiang
2 days ago
Good team! Good player! You ca...
Good team! Good player! You can trust them . I watched at twitch..
侯江洋
2 days ago
Great Service! Bought 2k and ...
Great Service! Bought 2k and 100 arena wins selfplay, was done quick and great communication...
rml112
2 days ago
Great Service +Rep By far the...
Great Service +Rep By far the best group I have bought from. I intended to only buy one Mythic Antorus run but ended up buying multiple.. these guys are GREAT. They are very professional and well-organized. Literally no problems whatsoever. ..
Vinnie
2 days ago
Very easy to work with, got ev...
Very easy to work with, got everything I paid for in a timely manner. They are very fast and happy to answer any questions. I will be using them again!..
Aeter Corvus
2 days ago
Fast delivery, easy to follow ...
Fast delivery, easy to follow instructions..
Fredrik Warfvinge
Rated 4.9 / 5 based on 1704 reviews