ConquestCapped offers a wide array of cheap and fast raid boosting services that are guaranteed to meet your needs and expectations. We do normal, heroic and mythic raid boosts with multiple runs per day. We operate on a flexible schedule, so you'll be able to choose the time that is most convenient for you. All of our WoW raid boosting groups are highly competent and experienced – they will ensure that your run is fast and smooth. You can also choose to add traders to your order who will greatly increase the amount of items you get. Whether you seek gear, achievements or anything else related to raiding, World of Warcraft raid boost is the easiest and fastest way to get it. 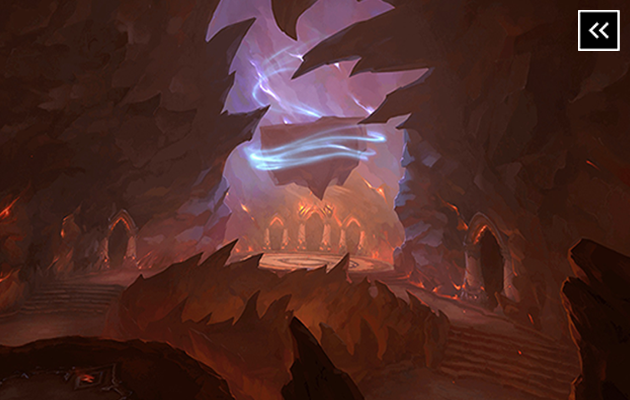 Vault of the Incarnates

What is World of Warcraft raid boosting?

Ever since Vanilla, raiding has become the main focus of many World of Warcraft fans. It allows players to gather into large groups in an attempt to defeat powerful enemies and reap hefty rewards based on the difficulty of the raid. The highest item level gear can be obtained solely through raiding; however, that's not the only reason why people are so attracted to it. There're also unique pets, mounts, titles and prestigious achievements that you can use to join better raiding guilds and climb your way to the top. At the same time, raiding is a joint effort of many people and should even one of them fail, your group can easily wipe. So why spend months wiping when you can get everything you need from raiding in a few hours with ConquestCapped raid carry?

What WoW raid boosts do we offer?

WoW raids of the newest expansion can be run on four difficulty settings: raid finder (LFR), normal, heroic and mythic. While LFR, the easiest difficulty, poses no problems for players and can be run without any knowledge of tactics, harder difficulties are much more challenging and require a certain amount of teamwork. The quality of the rewards you get largely depends on the difficulty. We offer cheap World of Warcraft raid boosting services for all raids of the newest expansion:

If you're looking to earn mounts, achievements or transmogrification sets from previous expansions, we also offer legacy raid boosts as well as Timewalking raids. Contact our operator if you need a boosting service that isn't listed on our website, and we'll be happy to arrange something just for you!

Gear is one of the main reasons to order a raid carry. We offer flexible loot options to our clients in order to make sure they get as many items as possible.

With each new expansion World of Warcraft raids are designed to be more and more difficult in order to compensate for the abundance of addons and the ever increasing skill level of an average player. Judging VotI raid, Dragonflight will be arguably the hardest expansion seen yet with extremely challenging mechanics and hardcore bosses. With our EU/US WoW raid boost service you will steamroll through these raids without a hassle!

We work with some of the most experienced raid groups in the game, many of which consistently get Realm First achievements for the fastest clear whenever a new raid releases and even get into top 20 worldwide. Players of such caliber will have no issues tearing through any raid boss standing in your way. We always use VPN software during piloted boosts to provide maximum security to our clients. Unlike many other boosting websites, we run numerous raids per day, so you won't have to wait weeks for a raid spot. ConquestCapped provides the highest quality raid boosting services on both EU and US regions. Browse through our wares or contact one of our operators if you have any questions, and we guarantee that your raid run will be fast and smooth.

You can find many offers of WoW raid carries for gold in World of Warcraft trade channel and LFG. Paying with gold is a relatively cheap way to get gear, full raid clear or Ahead of the Curve achievement. However, it is not exactly as safe as it may appear. Some guilds and raid groups that offer such boosts can be incompetent and waste your time wiping on otherwise easy fights. What's worse, however, is that most of them are involved in gold-selling schemes. Blizzard takes gold-selling extremely seriously, as they make good money off of it via WoW tokens, and they don't tolerate competition. In order to fight it, they use various algorithms to track large gold flows. We've heard many horror stories of players purchasing a raid carry with gold, only to be banned a month later, because the gold that they had used was later sold for real-life currency. It is very easy to trace that gold back to your character, but it's extremely hard for you to prove that you had nothing to do with ToS-breaking activities. If you'd like to buy a WoW raid carry with a minimal risk to your account, ConquestCapped's selfplay raid boost is the way to go. Our boosting team consists of skilful players with vast experience and high rankings. Place an order direcly or contact our operator if you have any questions, and we'll make sure that your raid run is smooth and fast.