On your journey in Azeroth you can stumble upon members of various factions. You can gain or lose favor, otherwise known as reputation, with them by completing certain quests or killing certain creatures (mostly bosses and mobs) and often it is not as easy as it seems to be, not to mention that it can take a lot of your free time.

Higher reputation gives access to higher and cooler rewards: from armor and weapon items, toys and recipes to titles and epic mounts.

Our team here would be happy to help you and save you from this repeatable and boring grind with WoW reputation boost! 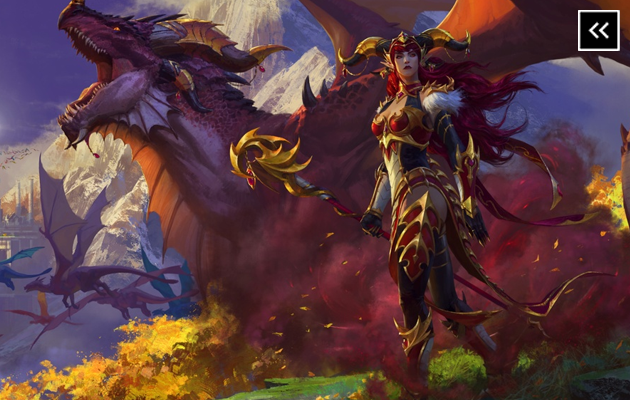 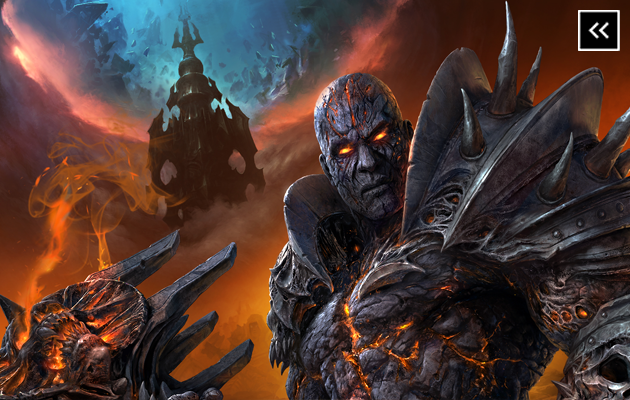 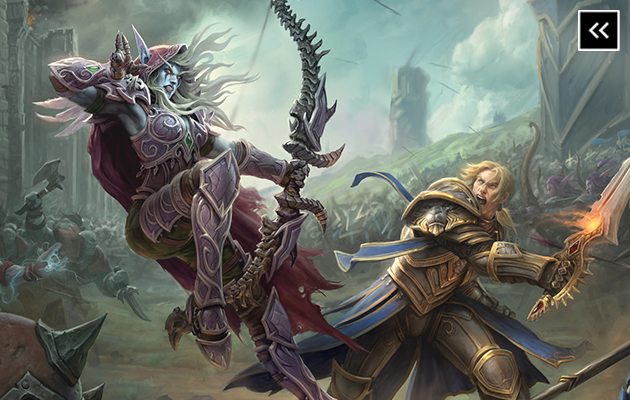 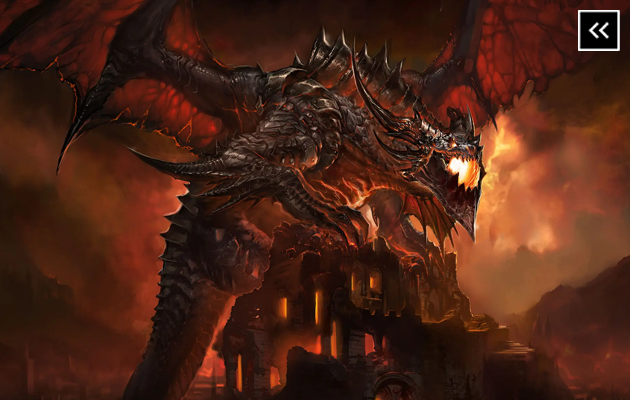 Why you should buy WoW reputation boost

World of Warcraft, from Classic to Shadowlands, has a famous Reputation system with a bunch of different factions. In Classic WoW, it gave you access to special recipes, keys and enchantments. From Burning Crusade you can get mounts, pets, toys and much more. That is cool, right? Sure! However, like many rewarding mechanics in WoW, reputation farm requires you to grind quests, packs of specific type mobs and other boring activities.

You start your way from Neutral reputation with most factions and grind your way to Exalted – top of reputation level. This grind would take a lot of time, which you could spend on other fun activities, such as conquering new heights in WoW or killing dangerous villains that threaten Azeroth again!

Exalted reputation in factions is as much a collection item as mounts, tabards, toys and so on. High reputation gives you access to various rewards but also achievements.

Let us look at some of the awesome rewards you cen get for completing these achievements:

Do not forget that Exalted with almost any faction in WoW will give you access to awesome rewards: mounts, gear, toys, and pets!

With the Paragon mechanic that was introduced in Legion patch 7.2, you could gain more reputation points beyond Exalted level of reputation, and every time you can get a special chest that contains even more rare and unique rewards.

For example, Wild Dreamrunner from Dreamweaver Cache is awarded for gaining 10,000 bonus reputation points after reaching Exalted with Dreamweavers faction.

This mechanic works not only with Legion factions, but with BfA and Shadowlands as well. Every cache has its unique and cool loot, from toys and pets to rare epic mounts.

With Reputation boost it’s possible to get these cool rewards without spending weeks (or even more time) of your life grinding mobs and doing repeatable boring quests – we are always glad to help you with that!

You can buy WoW reputation boost for several reputations at once, or all of particular WoW expansion factions at once. This means that our work will take some time: if we have the opportunity to grind reputation 24/7 - we will do it for your sake! However, some reputations have only daily quests, so we can grind them only one time per day. Reputation farm may take quite a while, but you will definitely be happy with the results!

Ah, the good old Classics factions! What could be better than a long grind in the morning?

There are Classic WoW factions still left in Azeroth, and the rewards for reaching Exalted with each of them are unlike what you get from factions in other expansions, but they are just as cool and even rarer!

For example, Insane in the Membrane is one of the rarest achievements in WoW. To earn it, you need to hit Honored with Bloodsail Buccaneers that’s insanely grindy and long job: you start at Hated reputation level with these guys! Also, you need to hit Exalted with Darkmoon Faire and all Goblin neutral cities: Booty Bay, Everlook, Gadgetzan, Ratchet. And for the dessert - Ravenholdt. All of this will take A LOT of your time! With our reputation boost service, you will have one of the rarest achievements without spending mouths on brainless grind.

There are other factions in the Сlassic WoW that you could be interested in boosting up reputation with - for cool rewards and achievements, also - mounts. Getting Reins of the Winterspring Frostsaber from Wintersaber Trainers will be easy with our Reputation boost!

For the hard-to-get reputation with the Netherwing faction you will get one up 6 mounts coming in different colors such as Reins of the Purple Netherwing Drake.

When you arrive in Northrend, you encounter the forces of the Lich King - but not only him, but also a whole bunch of new factions that have many cool rewards in store for you!

One of the best mounts that can transport two more passengers along with you is Reins of the Grand Ice Mammoth from Sons of Hodir faction. Hitting Exalted with Wyrmrest Accord will give you access to cool Reins of the Red Drake mount. Do not forget The Kalu'ak if you like fishing because at Exalted you can buy this beaty: Mastercraft Kalu'ak Fishing Pole.

There are many more factions with cool rewards at Exalted level of reputation in frosty Northrend!

Perhaps Deathwing reshaped Azeroth with his anger, but what he could not destroy was the factions - there are even more of them in Cataclysm, and the rewards are even cooler!

Other factions can give you some cool rewards too: tabards, achievements and much more!

What are we grinding for? Of course, for the cool rewards from the factions that have emerged with the Mists of Pandaria, just like Pandaria itself!

There are even more factions in Pandaria, with mounts, tabards, titles, pets and toys as rewards!

There are many factions in Warlords of Draenor expansion with unique reputations, most of them award cosmetic or vanity items rather than gear.

To unlock the ability to fly in Draenor you need to earn the Draenor Pathfinder meta-achievement, and one part of this is hitting Revered status with three factions: Order Of The Awakened, The Saberstalkers and Horde Vol'jin's headhunters or Alliance Hand Of The Prophet. All of them have awesome rewards: mounts Reins Of The Corrupted Dreadwing, Wild Goretusk, Deathtusk Felboar, toys, pets and more!

There are more factions and more rewards, such exalted mounts Dusty Rockhide and Ironside Warwolf, awesome exalted titles such as Spear of vol'jin or Sword Of Wrynn and even cool cosmetic items Golden Visage Of The Laughing Skull.

Reputations with Legion expansion factions play an important role as Friendly status with five main factions is required to unlock World Quests and Revered status is required for earning the Broken isles pathfinder: part one achievement.

Boosting reputation with Legion factions would get you hidden Artifact Appearances like The Sunbloom from Dreamweavers vendors, toys like Mobile Telemancy Beacon from The Nightfallen, pets like Sunborne Valkyr from Valarjar, tabards, cool-looking armor and weapons, special shoulder enchants like Boon Of The Gemfinder from Court Of Farondis and even cool cosmetic item Skyhorn War Harness that every tauren would love to have!

In addition, after boosting BfA reputations you will get some cool rewards. All factions of BfA have something to offer you: pets, mounts, toys, cool-looking armor and weapons and tabards for your collection!

As you pursue the Jailer across the Shadowlands, you will stumble upon new and unique local factions. All of them have something cool to offer you, if you boost Exalted reputation with them!

Not only well-known types of rewards are waiting for you, but also a brand new one. You could get Legendary Powers from every faction of Shadowlands, like Memory Of Eonar from The Wild Hunt or Memory of jailer's eye from Venari.

Court of Harvesters faction would give you access to Court Sinrunner mount and cool new feature of the expansion – cloak transmog Glittering Gold Sinstone Chain. Or maybe you would like Duskflutter Ardenmoth from The Wild Hunt, or Barbarous Osteowings from The Undying Army faction?

There are many other rewards in the Shadowlands like rare and spooky mounts, tabards, titles and cloak transmogs!

1 day ago
Excellent support and communic...
Excellent support and communication during order. Was done in timely fashion, would recommend...
Michael Deiparine
1 day ago
Excellent Service! Ordered 2T...
Excellent Service! Ordered 2T20 mythic pieces, was lucky and got 4! Excellent! Very recommended!..
__tr__
1 day ago
Great run, service was profess...
Great run, service was professional ..
Wu Jack
1 day ago
quick and uncomplicate i reco...
quick and uncomplicate i recommend this seller quick and uncomplicate,..
phaul
1 day ago
Mythic guldan mount a++ servic...
Mythic guldan mount a++ service! Ordered mythic guldan mount service done fast and was able to fit it on my login day/hour. Will buy again..
michael
2 days ago
Great Service! Done quick and ...
Great Service! Done quick and professional!..
Luca Schwartz
2 days ago
Fast, communicative and afford...
Fast, communicative and affordable service. Many updates throughout purchase. Will buy from again..
Fboz
2 days ago
Ordered 2000 3v3 rating with 1
Ordered 2000 3v3 rating with 100 wins for the vicious war saddle and they completed it all within 3 days. Best and most trusted service possible. buy from here an no one else...
Filip Matic
2 days ago
Ordered a mage tower and it wa...
Ordered a mage tower and it was done within the hour. Brilliant service, not my first time using them and not my last either...
Sickcure
2 days ago
ordered the mount from Karazha...
ordered the mount from Karazhan, very fast and so happy with the service! awsome guys!..
Heino Bentsen
Rated 4.9 / 5 based on 1704 reviews