Unlocking all Artifact styles and tints of Aluneth will require completing a lot of different content from you: from massive and boring quest chains, hard and grindy PvE activities and farming PvP kills to camping world bosses. Do you want to save your time and avoid the boring farming of Arcane Mage Artifact appearances? Then this service is for you!

Buying Arcane Mage Artifact weapon transmog from our PRO players is an easy way to skip the boring routine and enjoy more pleasant parts of the game. Just place the order, tell us your preferred playing schedule and our players will start farming any of Arcane Mage Artifact appearances for your collection.

What Arcane Mage Artifact weapon appearances can you get?

How to get Arcane Mage Hidden Artifact Appearance?

We have prepared a guide on how to unlock Mage Mage Hidden Artifact skin.

Arcane Mage Hidden Artifact appearance is unlocked via the The Woolomancer's Charge, it's random award for completing long activity chain.

We can start unlocking Arcane Mage Legion Artifact weapon skins the same day you've placed the order. Completion time depends on which Arcane Mage artifact skins you want to unlock, some of them require completing certain lengthy activities. Our players will continue working until you've got the desired Aluneth Artifact appearance for your Arcane Mage. 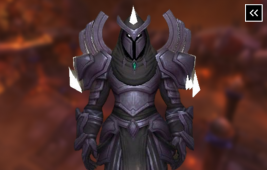 1 day ago
Amazing guys ! Ordered a boost...
Amazing guys ! Ordered a boost to gear a fresh char, they did it really fast. Customer service answered the next seconds I asked, and directed me to the process who resulted to be amazing ! Recommanding them 100% !..
Tiang
1 day ago
fast service, excellent custom...
fast service, excellent customer support will order again when needed..
Darren Yorke
1 day ago
Brilliantly done. Very profess...
Brilliantly done. Very professional. What you need is what you get...
Connor Black
1 day ago
Trusted and fast. I'm really h...
Trusted and fast. I'm really happy with my €150+ order. Perfect communication btw...
Lucius Icognito
1 day ago
Fast and efficient! I was surp...
Fast and efficient! I was surprised they were done so fast, but I was decently geared I suppose...
Spencer Andersen
2 days ago
Mythic Argus kill + Ur'zul - D...
Mythic Argus kill + Ur'zul - Done! Bought Mythic Argus kill + Ur'zul mount. All has been done approximately in 1 hour. Now I can sleep well and to not think, how to get this mount after BFA will be released. Thanks! =)..
Mikhail
2 days ago
Ordered a mage tower and it wa...
Ordered a mage tower and it was done within the hour. Brilliant service, not my first time using them and not my last either...
Sickcure
2 days ago
ordered the mount from Karazha...
ordered the mount from Karazhan, very fast and so happy with the service! awsome guys!..
Heino Bentsen
2 days ago
Very good company, I have used...
Very good company, I have used them several times. They always deliver, I was nervous first time I used them, but they are trustworthy...
_JR
2 days ago
I ordered several services tha...
I ordered several services that were substantially cheaper than other comparable services. The team was friendly and professional, and took care of all of my orders in a short time as well. I would recomend this service to anyone, and would also reco..
Tyler
Rated 4.9 / 5 based on 1696 reviews