WotLK PvP is one of the main features of the game. From outdoor ganks to rated 3v3 arenas, fighting other players gives us a rush of adrenaline and a strong desire to end up on the winning end of the battle. Unlike scripted PvE scenarios, PvP encounters resemble a game of chess, where you have to anticipate your enemy's actions to come out victorious. Whether you seek to grow as a PvP player or want to get your hands on highly prestigious trophies, WoW PvP carry is the ultimate way to achieve your goals. WotLK Classic introduced many improvements to the PvP formula of the original WoW Classic.

Our WotLK PvP Boost allow you to enjoy every reward without grinding for hours. Place an order for WotLK Classic PvP services and start dominating your enemies today! 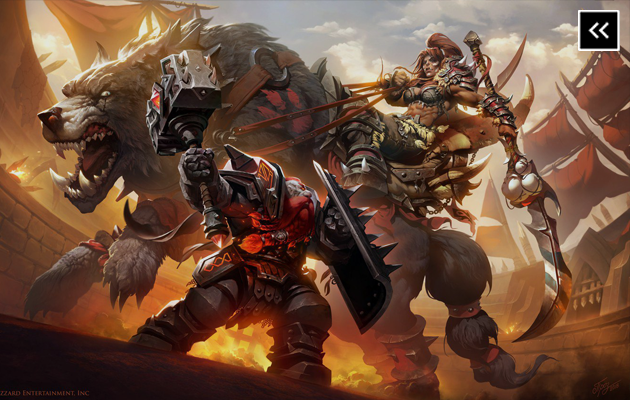 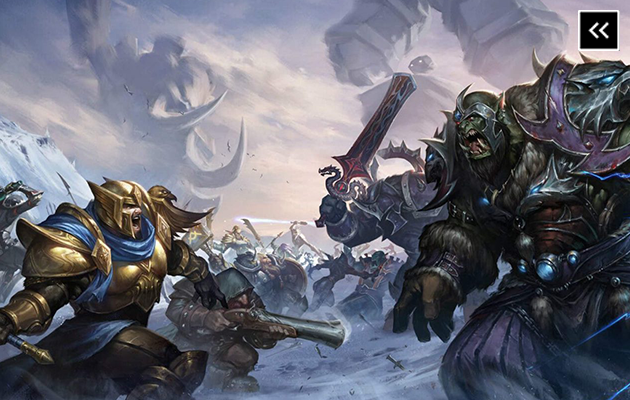 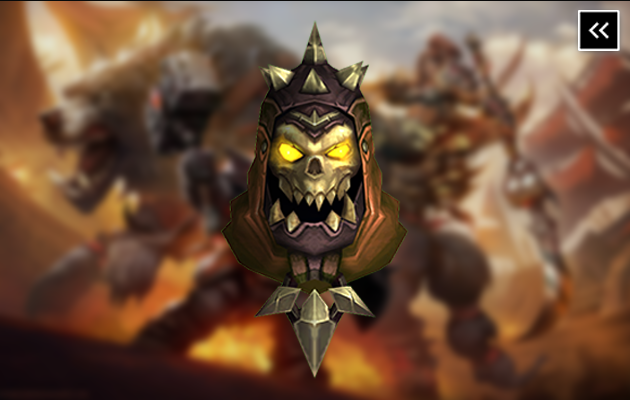 What is WotLK PvP Boosting?

Many consider PvP more challenging than PvE because clashes with other players are not scripted, and every battle is different. WotLK rated arena is the most popular form of PvP in WoW WotLK, allowing players to group up in small teams, compete against others, and gain a rating for winning. A higher rating means better rewards. Unfortunately, it also means stronger enemies, who sometimes become impossible to beat if you play poorly and make mistakes. Being good at WotLK PvP requires you to understand how every single class and spec in the game works so you know how to beat them. On top of that, you must develop a strong synergy with your teammate(s) to set up kills and rotate defensive abilities without overlapping them. Learning all that can take months, if not years, and finding a good, non-raging teammate can pose a difficult challenge. Ordering a WotLK PvP boost allows you to play with highly experienced people who will carry you through PvP battles and help you improve or play your character to earn rewards. Despite the PvP aspect of this game being fun and engaging, it can sometimes be tedious and grindy. This comes from the fact that players must farm for a long time to get the best WotLK PvP gear. Worry not! Our WotLK PvP Boost is the best and fastest way to get to the top of the ladder and acquire all the WotLK gear they want.

High item level gear – WotLK PvP boost is an excellent opportunity to get powerful gear. Most of the PvP gear has high ilvl and could also be helpful in PvE segment content. To get the most epic PvP gear would take a lot of time, but if you want to start winning on BG and arena, you must get these gear as fast as possible!

Unique cosmetic rewards – The amount of cosmetic rewards for PvP is too long to be listed: mounts, tabards, titles, and many more. The best thing about them is that they are unique to each PvP season. When a new PvP season starts, new rewards appear, and the old ones can no longer be obtained, making them a rare addition to any collection.

Low-skilled players and a toxic environment – PvP can often be very stressful and bring out the worst in people. Finding a partner in LFG-chat is not easy either; sometimes, you will spend hours waiting for someone who ends up playing bad, starts raging, and sometimes does both. Ordering a PvP boost allows you to play with experienced players who won't rage at you and will be more than helpful during your games.

Bragging rights – High-tier PvP rewards are highly prestigious and sought-after, as having them signifies a skilled player. Having a gladiator mount or a high-rated arena title will earn you the respect and admiration of other players.

Are you a natural-born winner whose weak teammates are holding down? Or perhaps the arena intimidates you, and you're simply interested in the rewards? WotLK arena carry is a perfect solution to your problems! Our vast arrays of arena services range from 2v2, 3v3, and 5v5 WotLK arena rating boosts up to WotLK 2200 arena rating and coaching to gladiator boosts. Our PvP roster consists of experienced multi-gladiators and rank one and tournament players, who will have no issues wreaking havoc upon your enemies.

WoW WotLK arena is ruthless and unforgiving. There's no going back after you enter its realms; out of two teams, only one shall walk out alive. Those who prove themselves worthy will be significantly rewarded and attain fame and glory. However, players who seek to make a name for themselves and reach the top of the arena ladder will not find the road easy. Becoming a good arena player can take years of practice; in most cases, even that much effort may not be enough. Most Gladiators have played thousands of games to rise to where they are now. Understandably, not all players have the luxury of spending so much time doing arenas. Others prefer to avoid PvP altogether, as they have no interest in it. At the same time, arena rating carry offers prestigious cosmetic rewards and access to elite PvP gear that attracts all players. Ordering an arena carry allows you to significantly improve your skills and gain an in-depth understanding of arena strategies, crowd control, kill set-ups, etc. You can also have one of our experienced boosters play your account, allowing you to obtain unique rewards without ever indulging in PvP yourself if that's not exactly your cup of tea.

You will need to spend much of your free time on an endless WotLK battleground farm. It could become more challenging if the opposite team is more skilled than yours, or you could meet a premade group of players that would ruin your WotLK BG farm experience. So sometimes it is not only about time, but skill too. With our WotLK Honor Boost, you will get Honor rewards fast, easy, and without boring battlegrounds grind. BGs are your only way to farm Honor Points that are used to buy rare and epic item rewards from vendors in Orgrimmar and Stormwind. Such gear can be very useful everywhere, not only in PvP activities.

To start your journey in the PvP activities, you must begin farming battlegrounds during leveling. You need to farm as many Honor Points as you can before you reach 80 level to purchase WotLK PvP gear and continue your PvP journey on battlegrounds to gear up properly for the WotLK arena.

With our WotLK Battlegrounds Boost, you could get any PvP currency, like Honor Points, various BG Marks of Honor, and a new WotLK Wintergrasp Mark of Honor. The WotLK Battleground system allows you to collect the initial PvP equipment for each class. In addition, Honor Points or Marks of Honor can be spent on purchasing steep mounts or expensive reagents to create sockets.

WotLK gearing would take much time and effort. PvP gear reflects your skill and your ability to be a skilled team player. Most players could only dream about this gear, and even the view of it could be enough to instill fear in the hearts of your enemies and make them envy your skill. With this gear, it would be only a matter of time before you get a high arena rank. You will need to spend much of your time grinding battlegrounds or arena in any team brackets, mastering your skills, and gaining PvP experience. WotLK PvP gearing would be even harder on new WotLK Classic Fresh Start servers because there are plenty of new players and not many skilled players ready to become your partners in the battlegrounds and arena farm.

You could buy Honor Gear gear and weapons for Honor Points from Knight-Lieutenant Moonstrike in Stormwind and Blood Guard Zar'shi in Orgrimmar.

WotLK arena system has not changed since TBC, except for adding a new site directly under Dalaran. There are only three WotLK PvP arena rating brackets: 2v2, 3v3, and 5v5.

You will need to spend much of your time grinding the arena in any team brackets, mastering your skills, and gaining PvP experience. Arena farm for WotLK Arena Gear would be even harder on new WotLK Fresh Start servers because there are plenty of new players and not many skilled players ready to become your partners in the arena farm. To buy any of WotLK Arena gear, like WotLK A5 set or any other WotLK PvP gear of the current WotLK Classic PvP season, you will need to farm as many Arena Points as you can. Depending on the selected rating, you can buy some parts of the PvP Set.

WotLK Arena Points cap is 5000 points. You will need to spend your arena points if you want to get more. 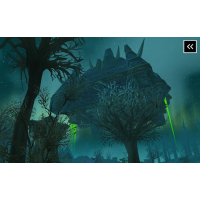 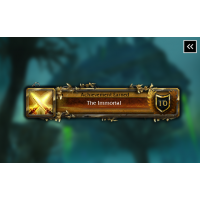 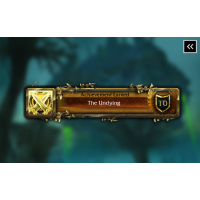 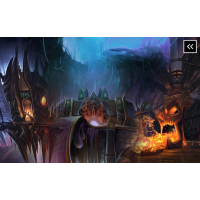 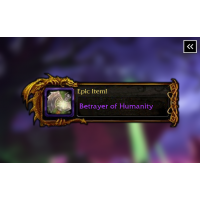 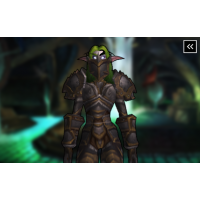 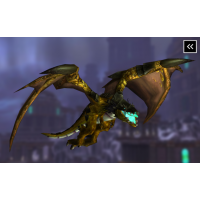 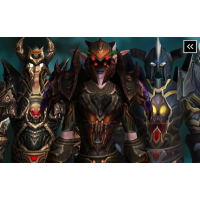 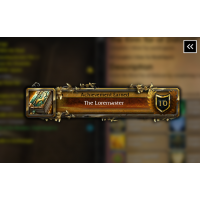 1 day ago
Was looking for some older con...
Was looking for some older content, thankfully ComquestCapped got me what I needed. Would recommend 100%. ..
_Me_
1 day ago
Fast delivery, easy to follow ...
Fast delivery, easy to follow instructions..
Fredrik Warfvinge
1 day ago
Mythic Argus kill + Ur'zul - D...
Mythic Argus kill + Ur'zul - Done! Bought Mythic Argus kill + Ur'zul mount. All has been done approximately in 1 hour. Now I can sleep well and to not think, how to get this mount after BFA will be released. Thanks! =)..
Mikhail
1 day ago
Fantastic job completed order ...
Fantastic job completed order as requested perfectly...
Brian Schilling
1 day ago
Great Service! Bought 2k and ...
Great Service! Bought 2k and 100 arena wins selfplay, was done quick and great communication...
rml112
2 days ago
Absolutely excellent. Communic...
Absolutely excellent. Communication is top notch, and all services are done ASAP with priority. I really can't rate them anything below 5-stars...
A T
2 days ago
no problems whatsoever, helped...
no problems whatsoever, helped and coached all the way through..
_JD_
2 days ago
I ordered several services tha...
I ordered several services that were substantially cheaper than other comparable services. The team was friendly and professional, and took care of all of my orders in a short time as well. I would recomend this service to anyone, and would also reco..
Tyler
2 days ago
Trusted and fast. I'm really h...
Trusted and fast. I'm really happy with my €150+ order. Perfect communication btw...
Lucius Icognito
2 days ago
Bought 2 PVP mounts...quick tu...
Bought 2 PVP mounts...quick turnaround, no problems. Good guys...
Gregory Tasonis
Rated 4.9 / 5 based on 1703 reviews