Welcome to Torghast, the Tower of the Damned! Champions of Azeroth who set foot on the gloomy Shadowlands will be able to test their strength in an epic journey to the top of the Tower.

Buying Torghast boost not only helps you to achieve any of your goals but also brings a lot of fun doing it in great company of our professional players! 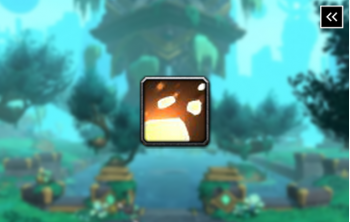 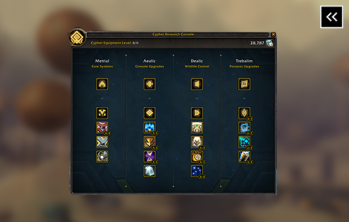 Cyphers of the First Ones Farm 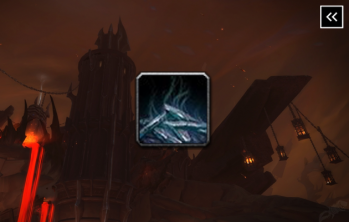 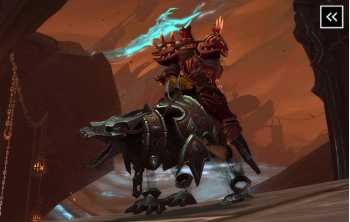 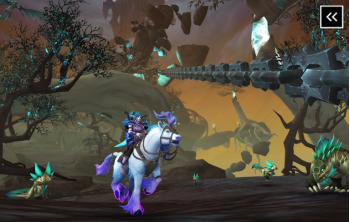 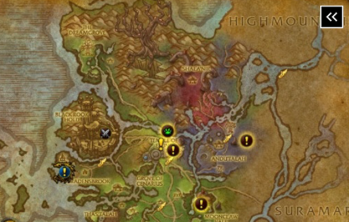 Why you should buy WoW Torghast boost?

Torghast – new location and type of gameplay added in World of Warcraft Shadowlands: dynamic instance content featuring new challenges every time you visit it, with changing floor layouts and enemy mob types. With dynamic changes and increasing difficulties, Torghast has other unique mechanics like a specific UI, temporary abilities, and unique encounters with different types of mobs and bosses. At the core of this – grind, which can take a lot of time, that you could spend on other more interesting activities.

Torghast has many levels and the challenges within will grow stronger as you progress up the tower. To help overcome these too long, too grindy and too boring challenges, you should Torghast Boost and have an exciting journey with our great team!

What about things that made Torghast, the Tower of the Damned, that special, unique and essential for the game? Why do you want to clear it all and get as many rewards as you could?

Many pets in Torghast are random drop, like Jar of Ashes, Severs, Frenzied Mawrat and many others. Some of them are available via achievements like Mord'al Eveningstar from Many, Many Things.

There are few toys, half of them like Box of Rattling Chains are random drop, and the other half like Dominated Hearthstone rewards for achievements.

In Torghast you could find a decent amount of cosmetics to expand your transom collection! There are many ways to earn this transmog. From special vendors on specific floors to random drop from specific enemies or boss drop.

You could get Adamant Vault Shoulderplates, Jailer's Eye Crescent, Sterling Shoulder Skewers, Veiled Tormentor's Mantle and many more other thematic Maw cosmetic pieces. It can take a lot of your time, but with our Torghast, Tower of the Damned boost you can expand your transmog collection without boring grind!

In addition to the above rewards, in Torghast you can also get a lot of achievements like A Taste of Perfection, Extremely Ravenous, Flawless: The Soulforges (Layer 12), Phantastic, Tower Ranger and many, many others!

Almost all the activity inside Torghast is boring and long, soaked in grind to the core.

Do not be afraid, because it is not your problem anymore. Professionals from our team get down to business - they are not afraid of any difficulties and they do not know fatigue.

However, there are only 24 hours in a day and our team needs time to get the rewards, achievements, progress and items you need.

1 day ago
pro service and very fast ++++...
pro service and very fast ++++++++..
Hisham Max
1 day ago
Quick and fast service. They l...
Quick and fast service. They let me know the date ahead of time, so that I could prepare. Great communication. Won't be the last time I use their services...
Brandon Nguyen
1 day ago
The transaction was smooth, an...
The transaction was smooth, and quick. everything was done really quickly and professionally and i was always treated with a lot of respect. I would recommend them to anyone and i plan to only use their services from now on. ..
Audrey
1 day ago
By far the best group I have b...
By far the best group I have bought from. I intended to only buy one Mythic Antorus run but ended up buying multiple.. these guys are GREAT. They are very professional and well-organized. Literally no problems whatsoever. I would highly reco..
Vinnie
1 day ago
no problems whatsoever, helped...
no problems whatsoever, helped and coached all the way through..
_JD_
2 days ago
Ordered 2000 3v3 rating with 1
Ordered 2000 3v3 rating with 100 wins for the vicious war saddle and they completed it all within 3 days. Best and most trusted service possible. buy from here an no one else...
Filip Matic
2 days ago
A+ Service Quick service, no ...
A+ Service Quick service, no problems. Looking forward to working with again!..
Crystal T.
2 days ago
Fantastic job completed order ...
Fantastic job completed order as requested perfectly...
Brian Schilling
2 days ago
Excellent support and communic...
Excellent support and communication during order. Was done in timely fashion, would recommend...
Michael Deiparine
2 days ago
ordered the mount from Karazha...
ordered the mount from Karazhan, very fast and so happy with the service! awsome guys!..
Heino Bentsen
Rated 4.9 / 5 based on 1303 reviews