Soar through the skies swiftly, quicker than ever with WoW DF Dragonriding! Dragonriding is the core feature of the WoW Dragonflight expansion. It's not just a flying drake mount but a huge and complicated flying system with many customizations and mechanics.

Dragonriding is a new form of aerial movement that replaces flying in the Dragonflight expansion, and it is essential at the start of Dragonflight. Even after flying across DF Dragon Isles is available for all flying mounts, dragonriding will remain the fastest way to travel and your source of cool and rare achievements, various cosmetics, and many other rewards.

Buy our Dragonriding boost and dive into the glorious DF Dragonriding feature without spending a minute on a long, grind, tedious farm! 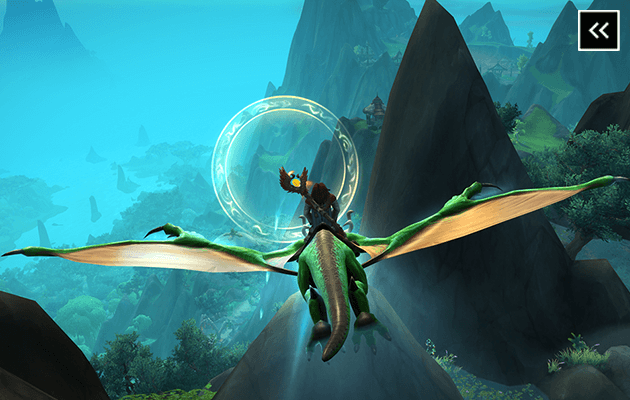 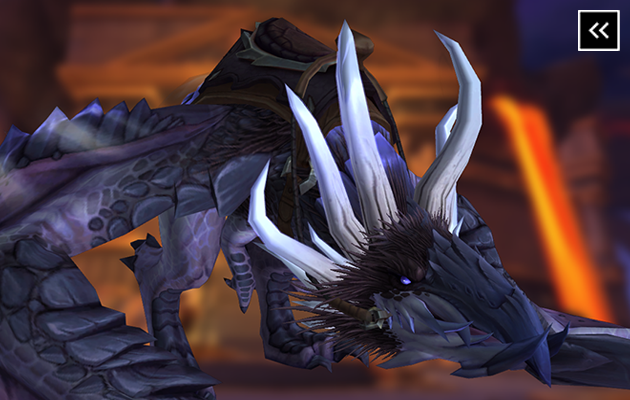 Embodiment of the Storm-Eater
Out of stock

Why you should buy Dragonriding boost

Let's look what Dragonriding mounts you could get:

There are some of the basics you need to know about Dragonriding. Most of these will be taught to you during the Dragonriding introduction questline.

You are able to tell how fast you're flying with Dragonriding by paying attention to the speed particles around you and your dragon as you dragonride. Although the maximum speed Dragonriding can reach is 830%, it is actually very difficult to maintain maximum speed for very long, but even medium speeds are already faster than the usual Epic Flying speed that of normal flying mounts. At certain locations of the Dragon Isles, specifically places with a lot of elevation, you might come across an upwards wind gale. These are called Winds of the Isles, and stepping on them will launch you upwards speeding you up as well.

Dragonriding abilities use Vigor, a new resource bar that's shown at the bottom of your screen whenever you're mounted on a Dragonriding mount. Some information about the Vigor system: 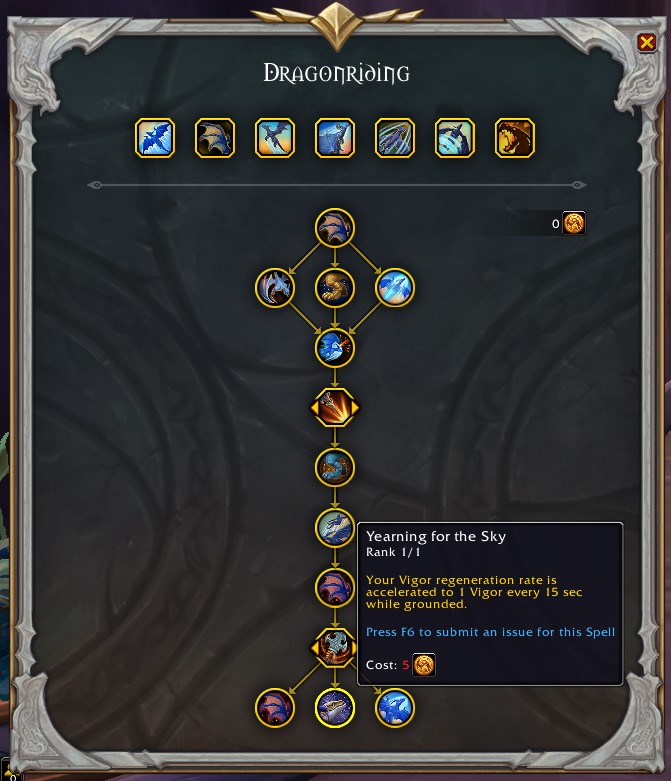 In order to ensure that new DF drake mounts always look fresh and exciting, a Dragonriding mount customization system has been introduced. You can unlock Dragonriding cosmetics to completely change the feel and look of your flying companion. Various parts of Dragonriding customization can be unlocked via numerous ways: renown grinding, questing, achievement-hunting, raiding, participating in PvP, and even progressing dungeons can expand the collection of Dragonriding mount cosmetics. Some of the more unique dragon riding cosmetics are locked behind tough challenges, such as getting a gladiator arena rank. You will get an ability to change your drake appearance as you want to make it truly unique. With our Dragonriding Boost you will get as many customizations as you want in no time!

Dragonriding races are a side activity from Dragonriding. In Dragonriding races, you go through a course while riding on a Dragonriding mount, guided by rings and propelled forward by speed boosts and mechanics that grant more Vigor by allowing you to maintain fast speeds at nearly all times. With the notion of Dragonriding races and the need to be as fast as possible. That is why it's recommended to have all Dragonriding talents invested in before you decide to attempt races.

1 day ago
Went smooth, can recommend...
Went smooth, can recommend...
kalle
1 day ago
Perfect Service! I bought rep...
Perfect Service! I bought rep farming for argus. They worked very professional, and did the worldquests every day till i reached exalted. Would buy again!..
Azodic
1 day ago
Mythic Argus kill + Ur'zul - D...
Mythic Argus kill + Ur'zul - Done! Bought Mythic Argus kill + Ur'zul mount. All has been done approximately in 1 hour. Now I can sleep well and to not think, how to get this mount after BFA will be released. Thanks! =)..
Mikhail
1 day ago
Quick and responsive Quick, a...
Quick and responsive Quick, as well as prompt and consistent updates on the entire process from start to finish. You will not be disappointed. Would buy again...
Qwerty
1 day ago
Really good service, easy and ...
Really good service, easy and quick rating push, helped me learn new things and playstyle for my class. Highly recommend this service...
Nelson Fernandez
2 days ago
Will only let the boys boost m...
Will only let the boys boost me! Super fast and super friendly! Cheap prices! keep it up!!!..
Osiris
2 days ago
Fast, good and trustworthy We...
Fast, good and trustworthy Well, we all know how it feels to give your account to somebody else doing a service that's, let's say, isn't legal. But you know what. It's not a bot answering you, it's some guy, and you can ask him questions and feel se..
Anton Kollecker
2 days ago
The Best! My 2nd order. Went ...
The Best! My 2nd order. Went all good! Thanks, you are my choice for anything wow related!..
- Z -
2 days ago
Fast and efficient! I was surp...
Fast and efficient! I was surprised they were done so fast, but I was decently geared I suppose...
Spencer Andersen
2 days ago
Surpreme Services After using...
Surpreme Services After using multiple services over several years, I have found one that meets and exceeds my expectations...
Travis Butera
Rated 4.9 / 5 based on 1784 reviews