Here you can buy any Shadowlands Warlock Legendary powers from any source. There are 4 general powers available to Warlock characters of any spec, and 4 spec-specific powers available only to Affliction, Demonology and Destruction Warlocks. Some of them are versatile, while others are the top-choice only for certain circumstances and play styles. This is why it is common for experienced Warlock players to have several fully upgraded legendaries and switch them whenever necessary. We have a prepared a service for you to get the best Warlock legendaries with the help of you players!

Shadowlands Warlock legendaries are important not only for their unique effects, but also for their superior ilvl much higher than that of items even from Mythic raid. We also offer an option to farm any amount of Soul Ash to fully upgrade your legendaries to maximum ilvl. If you need a custom amount of Soul Ash, check our Soul Ash farming service.

We have compiled a list of all Warlock legendaries also known as Memory of the Runecarver recipes grouped by spec so you could find which one better suits your needs.

It really depends on the chosen legendary. Typically legendaries dropped by certain boss in raids, dungeons or Torghast can be obtained in 1 day. For other legendaries delivery time may vary. 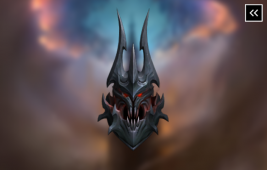 Brilliantly done. Very professional. What you need is what you get...

Great company. Will be using their services again soon ..

Fast, communicative and affordable service. Many updates throughout purchase. Will buy from again..

Quick and simple! Ordered a 100-110 powerleveling for my wow character, and they knocked it out in under 24 hours as stated. Clear and concise communication along the way, met and surpassed all expectations, and they treated the account very discrete..