Collecting WotLK Classic PvP Achievements is one of the most challenging tasks in World of Warcraft. For many players in the game, most of the hardcore PvP-activities are not fun things to do. Suppose they don't want to spend any second of their time grinding battlegrounds, arenas, and open-world PvP. After you finish your tedious grind, you won't only get the achievement but all rewards, including titles, tabards, and so on.

Buying our WotLK Classic PvP Achievements boost, you will get a whole bunch of cool and rare achievements and save yourself a lot of time and nerves. Our PRO players will get any PvP achievements you like without a hassle! 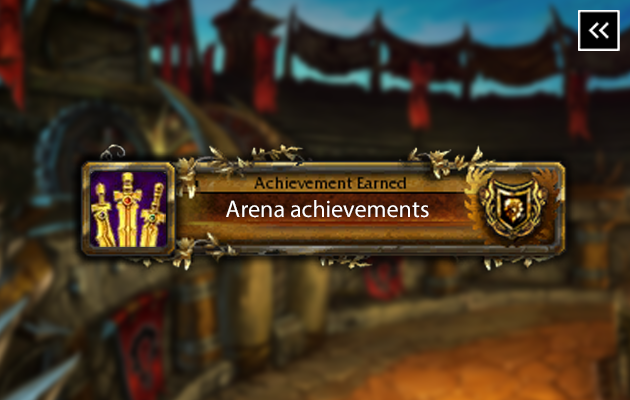 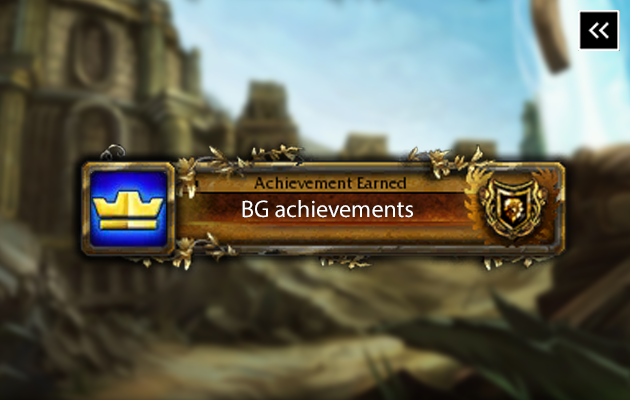 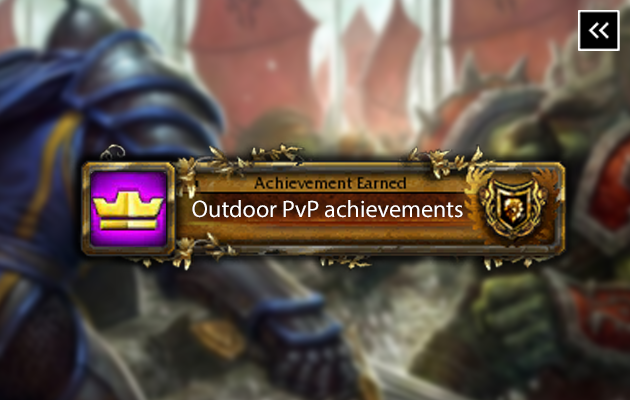 Why should you buy WotLK Classic PvP Achievements boost?

PvP achievements are awarded for completing various PvP activities, including arena, battleground, open-world PvP, and others. Most of these activities are hard to achieve due to their competitive core. You will need to kill other faction players to get most of these types of achievements, and many of these players could be more skilled than you in the player-versus-player mode of the game. You will spend a lot of your time working on your skills and gathering a party of other experienced players, and only after this, you will be able to start farming PvP achievements. If you are alone, you will need to find a party of players to help you with the achievement farm. And if you don't have friends for this task, you will do this alone or with random players. Don't forget that you will spend much of your time on a PvP achievement farm, even if you have buddies ready to help you. Yes, there are simple PvP achievements, but they won't give you any rewards besides the achievement itself.

With our WotLK Classic PvP Achievements boost, you will get a lot of cool achievements. Let us see what top PvP type achievement you could obtain!

Arena achievements are the rarest and hardest to get due to their difficulty. This achievement requires winning and gaining higher ranks inside various arena brackets. To get good in PvP is one thing, and to get good in arena matches is another. It's a big deal to be a high-skilled player in the arena. Many achievements require a group of players with the same PvP experience as you. But rewards are worth it. Besides, you will get many arena points while achievements farm, so you could spend them on powerful PVP equipment.

Various battleground achievements imply you to farm different BG and achievements on them. It's easier to do in a large group, and you spend less time on this farm, but if you are alone, you will be farming for many days, weeks, or even months. Besides that, you will be able to get a reputation with unique BG factions that would grant you access to mounts, PVP gear, tabards, and other rewards.

For this type of achievement, you must invade the opposite faction's main cities and kill players or their faction leader. You will need to participate in various open-world PvP activities that include battles with other players anywhere in the massive world of Azeroth. Surely, you will get incredible rewards for completing achievements in this category.

Wintergrasp is a Wrath colossal PvP zone that you could conquer in honor of your faction and get access to the Archavon Vault raid. Also, you can farm special currency to buy PVP gear and unique and rare mounts. Many players will be farming Wintergrasp, and if you don't have friends, it will be hard for you to find a party that will accept you. The fastest way to get most of the Wintergrasp achievements is to rely on our PRO players.

There are even more cool achievements you could find in the WotLK Classic PvP Achievements category!

1 day ago
Very quick and good communicat...
Very quick and good communication, got a lot more than I hoped for! Really impressed to say the least, I will use again! ..
Ryan Woods
1 day ago
Amazing Service I bought a My...
Amazing Service I bought a Mythic Argus kill + the Shackled Ur'zul through these guys they set up a date and got it done for me quick and painlessly. I would recommend them to anyone who needs any of their services...
Kraken980
1 day ago
Will only let the boys boost m...
Will only let the boys boost me! Super fast and super friendly! Cheap prices! keep it up!!!..
Osiris
1 day ago
Fast, Smooth and Trustworthy! ...
Fast, Smooth and Trustworthy! I didn't know that titan's die so quick but with ConquestCapped they die fast! I ordered Argus kill + Mount for the cutting edge and it's been done in time and fast! I highly recommend ConquestCapped for your future pl..
Gol D. Roger
1 day ago
Surpreme Services After using...
Surpreme Services After using multiple services over several years, I have found one that meets and exceeds my expectations...
Travis Butera
2 days ago
i will not be using another bo...
i will not be using another boosting service, these guys are it. did the new toon + all legendary boost, and full hc BiS. great product!..
Andrew Smith
2 days ago
Went smooth, can recommend...
Went smooth, can recommend...
kalle
2 days ago
A+ Service Quick service, no ...
A+ Service Quick service, no problems. Looking forward to working with again!..
Crystal T.
2 days ago
Ordered a full Mythic+ gear, t...
Ordered a full Mythic+ gear, they finished it within 1 day =)). Fast and reliable. I would recommend this service to everyone..
Emxinhxinhlop8
2 days ago
ordered the mount from Karazha...
ordered the mount from Karazhan, very fast and so happy with the service! awsome guys!..
Heino Bentsen
Rated 4.9 / 5 based on 1571 reviews