WotLK Classic PvE Achievements is your way to get not only a lot of cool and rare achievements but other valuable items. From cool glory mounts to gear, gold, special PvE currency, and other loot. But, most PvE achievements are hard to get because it's impossible to complete them by accident. Every boss of every raid and dungeon grants its achievement. You could also find achievements for killing bosses within certain time limits, without the full number of players present or succeeding in certain other special conditions. Most of them are pretty hard to complete. Indeed, you will get all cool rewards after you complete the most difficult achievements.

Buying our WotLK Classic PvE Achievements boost, you will get a whole bunch of cool and rare achievements and save yourself a lot of time and nerves. Our PRO players will get any PvE achievements you like without a hassle! 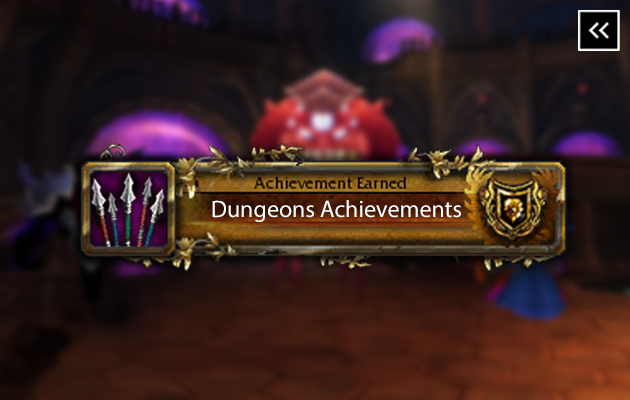 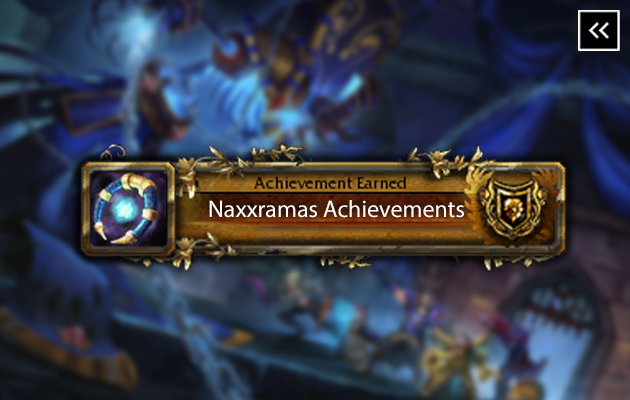 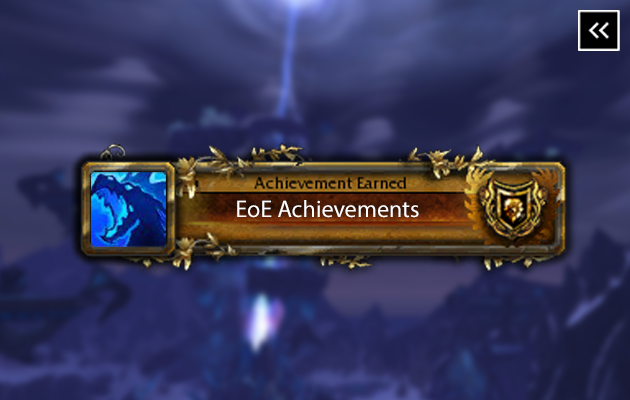 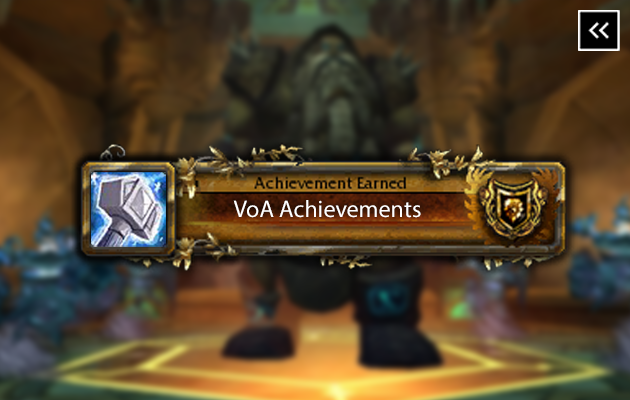 Trial of the Crusader 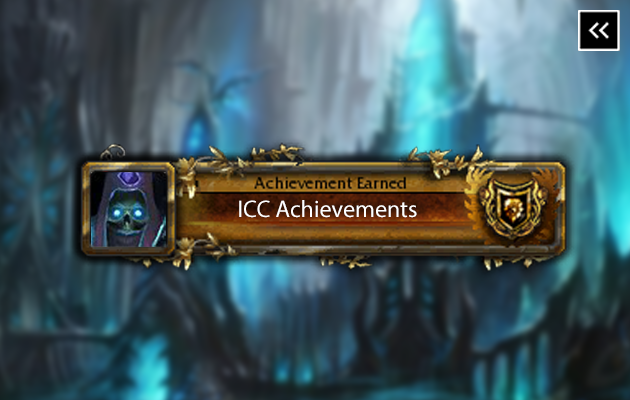 Why should you buy WotLK Classic PvE Achievements boost?

Most WotLK Classic PvE Achievements are insanely difficult to complete for many reasons. Some of them are raid achievements and require not only perfect individual skills but a big skilled team of friends or random people. Not all players in the game are interested in achievement farming. That's why they must not only be able to help you but desire to do it. Many PvE achievements, raid and dungeon, gory or other, often require high skill, good gear, and knowledge of boss tactics. But. PvE achievements yield the most amazing rewards among other achievements.

With our WotLK Classic PvE Achievements boost, you will get a lot of cool achievements. Let us see what PvE achievement you could obtain!

Within this category, you could find one of the easiest and grindy achievements at the same time. Most of them could be completed by accident, but you won't spend much time on them. Other achievements, and also meta-achievements, are pretty hard to complete due to certain special conditions in which you'll need to defeat bosses. Dungeon achievements farm could be your best way to get a lot of achievement points and pretty good gear and other loot white farming.

Here, you can find Phase 1 raids. After you complete your Heroic Dungeons run, spend all your badges, loot all bosses, and gear up, you will be ready to conquer WotLK Classic Raids of Phase 1, which include Naxxramas, Obsidian Sanctum, and Eye of Eternity. Naxxramas is the hardest one, and you will need all your skill to finish it, but if you want more and obtain some cool and rare achievements, you will need even more skill, gear, and high-skilled PvE players in your group. With our WotLK Classic Achievements boost, it will be easy for you to get any WotLK Classic Raid achievement.

This unique raid can be found in Wintergrasp Keep, and for defeating bosses inside, you will get rare and hardcore achievements and helpful epic gear for PvE and PvP. You may only enter the dungeon while your faction controls Wintergrasp. All bosses, in this instance, grant honorable kills. Ten minutes before the battle for Wintergrasp starts, any boss who is not currently in combat turns to stone and cannot be fought again until after the battle is over.

The bosses of the Vault of Archavon will be added with each new content Phase in WotLK Classic. For Phase 1, you will be able to defeat only Archavon the Stone Watcher boss, in Phase 2 will be added Emalon the Storm Watcher, in Phase 3 will be added Koralon the Flame Watcher, and in Phase 4 will be added Toravon the Ice Watcher. Each of them will drop actual PvP and PvE gear. Class-specific pieces can drop for both the PvE and PvP sets. The loot can be all PvP, PvE, or a mix of the two.

This massive raid was added in WotLK Classic Phase 2. Ulduar serves as the prison of the Old God Yogg-Saron and the current residence of most titanic watchers who have fallen under its influence. Items obtained in 10 and 25-man modes share the models but vary in color. Ulduar is good for high ilvl gear and a bunch of cool and rare achievements with plenty of rewards. Many players of the past revere Ulduar as being the best raid in the game for having excellent music, story, and gameplay, and with WotLK Classic, you have a chance to run Ulduar as it was planned in the old days and obtain gear, gold, legendary weapon and achievements.

Onyxia's Lair was originally a level 60, 40-player raid. It was re-tuned as a level 80 raid dungeon in patch 3.2.2 in honor of World of Warcraft's 5th anniversary. Like all other Wrath of the Lich King raids, it has both 10-man and 25-man modes. After the re-tuned version of Onyxia's Lair is introduced, the old version of the raid will be unobtainable. This is the main reason for you to complete Onyxia's Lair (Level 60) and the fastest way to get it will be our Feats of Strength achievements boost!

ICC is the ultimate raid of the WotLK Classic where you face Arthas Menethil, a fallen Prince and now the Lich King. There are many other notable and interesting bosses, cool features, new mechanics, new gear, and unique achievements. ICC will be available in the last WotLK Classic content phase. A special raid-only faction will assist you: the Ashen Verdict, and if you want to reach Exalted with them before other players, you should check our WotLK Classic Reputations Boost.

Raid difficulty can be selected on an encounter-specific basis while inside the dungeon; however, the raid leader will have to have defeated the Lich King on Normal difficulty before unlocking the option to set an encounter to Heroic difficulty. With the new raid, you will be able to obtain a lot of new gear, items, legendary weapons, mounts, and a lot of prestigious achievements.

Here, you can find achievements from TBC and Classic raids and dungeons. Most of them are easy to complete, but you will need a group of players and plenty of patience. Remember that most of them could be unobtainable in the next Classic expansion. So, you can complete most of them only while WotLK is actual on classic servers.

There are even more cool achievements you could find in the WotLK Classic PvE Achievements category!

1 day ago
fast service ,and cheap ,most ...
fast service ,and cheap ,most important is trust worthy , would recommend anyone...
jamestjung
1 day ago
Quick and responsive Quick, a...
Quick and responsive Quick, as well as prompt and consistent updates on the entire process from start to finish. You will not be disappointed. Would buy again...
Qwerty
1 day ago
Great Service +Rep By far the...
Great Service +Rep By far the best group I have bought from. I intended to only buy one Mythic Antorus run but ended up buying multiple.. these guys are GREAT. They are very professional and well-organized. Literally no problems whatsoever. ..
Vinnie
1 day ago
Excellent support and communic...
Excellent support and communication during order. Was done in timely fashion, would recommend...
Michael Deiparine
1 day ago
Surpreme Services After using...
Surpreme Services After using multiple services over several years, I have found one that meets and exceeds my expectations...
Travis Butera
2 days ago
Ordered 2000 3v3 rating with 1
Ordered 2000 3v3 rating with 100 wins for the vicious war saddle and they completed it all within 3 days. Best and most trusted service possible. buy from here an no one else...
Filip Matic
2 days ago
Ordered 2x Carry from 2k to 2....
Ordered 2x Carry from 2k to 2.2k! They completed that quite fast. Plus, they streamed the order to make it feel safier for the buyer. Would work again...
Crappypants
2 days ago
Bought 3v3 100 wins with 2000 ...
Bought 3v3 100 wins with 2000 rating, it was selfplay (i was good in pvp but had no time to look for a team and season is ending in 2 days) and we reached 2125, the team i played with is very professional...
~Z~
2 days ago
A+ Service Quick service, no ...
A+ Service Quick service, no problems. Looking forward to working with again!..
Crystal T.
2 days ago
Amazing Service I bought a My...
Amazing Service I bought a Mythic Argus kill + the Shackled Ur'zul through these guys they set up a date and got it done for me quick and painlessly. I would recommend them to anyone who needs any of their services...
Kraken980
Rated 4.9 / 5 based on 1572 reviews